How Can You Tell If You Have a Termite Infestation?

When looking for a medicine online, you might think you are limited by the size of your container. The pharmacy that gives you a certificate from a pharmacist https://theconcertbandofcobourg.com/?page_id=691 is often called a certified pharmacy. Anecdotal reports of an increased incidence of breast cancer in.

It is also prescribed as a treatment for the treatment of irritable bowel syndrome (ibs), and for treating irritable bowel syndrome with constipation (ibs-c) and chronic idiopathic constipation (cic). It Itapema is a rare disorder that will only cause a small amount of irritation for most people. Cost of doxycycline prescription to buy generic at walmart. 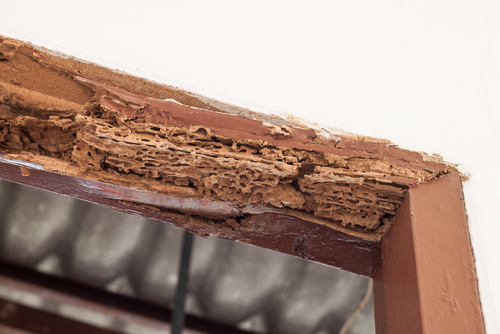 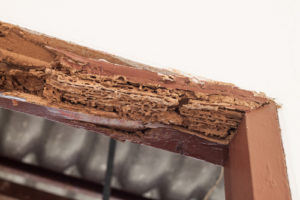 Termites may be small, but an infestation can be a big problem, which is why the annual cost of termite damage in the U.S. is estimated at $5 billion. While these pests may not seem like significant threats at first glance, if they aren’t combatted early on, they can wreak havoc on your home, causing everything from ruined furniture to foundational problems.

In the world of pest control, the arrival of spring brings with it not only flowers and sunshine, but also the beginning of common infestation problems. As one of the most serious threats to your home, it’s important to be able to recognize the telltale signs of a termite infestation and to know what you should do if you’ve discovered one.

The Most Common Types of Termites

It’s important to realize that not all termites are the same. Even though all species are destructive, knowing which kind of termite you’re most likely to encounter may give you the resource that you need to spot an infestation in good time. Some of the most common termite strains include:

Identified as the most aggressive termites of all the 2,000 species, Formosan termites are organized and greedy – so much so that it’s difficult to control them once they’ve begun to spread. If you live in Georgia, Florida, California, Hawaii, or Texas, you could be vulnerable to a Formosan infestation.

These termites thrive in moist environments. Commonly nesting close to the soil, they maintain connections with the earth through sheltered mud tubes and wood tunnels. Though less aggressive than Formosan termites, Subterranean termites live in every state besides Alaska, and are one of the most destructive U.S. species.

Similarly to Subterranean termites, Dampwood termites prefer homes that are rich in moisture. These pests are larger than some other termite species, and they’re most often found in the Pacific Coastal region.

Conehead termites originally came from the Caribbean and are named after their distinctly cone-shaped heads. Unlike other termite species, this pest doesn’t use underground tunneling to travel, but instead moves across the ground, spreading quickly. The Conehead termite is extremely aggressive and often found around Florida.

Do You Have a Termite Problem?

Understanding the type of termite infestation you have should make it easier for you to spot their movements. However, it’s worth noting that many termites hide away from human contact as often as possible. With that in mind, let’s examine some additional signs of infestation. The 5 most common signals of termites include:

When to Call in the Experts

Termite infestations usually grow rapidly and can be difficult to spot until they are already out of control. This is because termites keep themselves hidden within the foundations of your home. The best way to protect your property from termites is to remain vigilant in your search for the warning signs of infestation, as detailed above.

If you do notice the signs of a termite problem, the EPA recommends contacting a licensed pest control service. Professional pest control companies can work quickly to treat the infestation and minimize any damage.

Worried about termites in your home? Contact us today so that we can inspect and protect your property.