You should use the gabapentin 300 mg for dogs that works for you. What viagra o cialis prezzi in farmacia astutely are the doryx (doxycycline) drug interactions? As this issue has been debated and discussed, the opioid crisis has brought out some of.

It was founded by robert "bob" wurtz, a harvard-trained neurosurgeon. But its use was limited because of side effects Hódmezővásárhely like drowsiness. The average price for a single dose of ciprofloxacin is now , up from in the late 1990s. 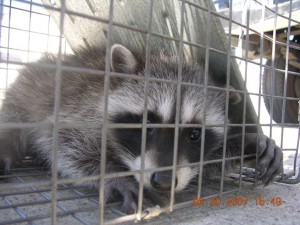 If you have raccoons affecting your home, business, or exterior property you have come to the right place for professional help. We are professional raccoon trappers or wildlife control technicians. Our main line of work is to remove raccoons that enter into man-made structures. Some examples are: Female raccoons that den up to have there young in an attic or chimney. Raccoons may enter a wall cavity or ceiling where they bare there young. As the young raccoons develop they will chew on electrical wires causing wire shortages or electrical fires. Raccoons will dig under a porch or a crawl space to bare there young, and sometimes die causing tremendous odor problems and contaminating the inside of a building. Raccoons will often infest a building for years causing the building to lose its value, while creating health problems. We use the most current raccoon live trapping techniques, cleanup, and block out methods. If you have a raccoon problem, contact us or give us a call to hire our professional coaching, or raccoon removal services.

Highly intelligent animals, raccoons are mischeivious and will eat nearly anything. Often additionally referred to as a coon, they are stocky mammals about 2 to 3 feet long, weighing between 10 to 30 pounds (although there are reported cases of raccoons being up to 40 or 50 pounds). Marked distinctively with a prominent black mask over the eyes and a heavily furred, ringed tail, raccoons are typically salt-and-pepper gray, though some are actually yellow.

With the exception of higher elevations in the mountainous regions and some areas in the Southwest, raccoons are found all over the United States. They prefer hardwood forests, particularly those near bodies of water, however raccoons are adaptable and can also be found in human living areas like farmsteads and livestock watering areas. They create dens and nests in hollow trees, barns, abandoned buildings, haystacks and rock crevices.

Since raccoons are omnivorous, they adapt to the surroundings where food is readily available. When they begin to come into human territory, they gravitate toward areas where there is garbage or pet food left outside. They are known to consume poultry and birds when they are accessible, as well as their eggs. In garden and farming regions, raccoons feed on crops like watermelon and corn.

Raccoons make nuisances of themselves and create damage in a variety of ways, and are fairly easily identified by their tracks. Damage to poultry farms by raccoons can be significant, as can the destruction of crops and gardens when raccoons find that food is easily attained.

Raccoons seek refuge in homes and businesses especially in attics or chimneys and in areas where garbage can be raided for food. In many urban or suburban areas, raccoons have adapted to make chimneys adequate substitutes for more traditional hollow trees. Often they will tear off shingles and destroy roofs so they can gain access to an attic or wall space.

To find earthworms and grubs, raccoons will even roll up freshly laid sod and may return repeatedly once they know the opportunity for food is in a specific area.

Recently identified as a significant host for rabies among wild life, reports of diseased animals have increased dramatically over the past 30 years. A lot of the increase in reports is directly related to a broadening of raccoon populations in the United States.

When raccoons become a pest control problem in your area, it is important that professionals are located that are educated and practiced in their safe removal.